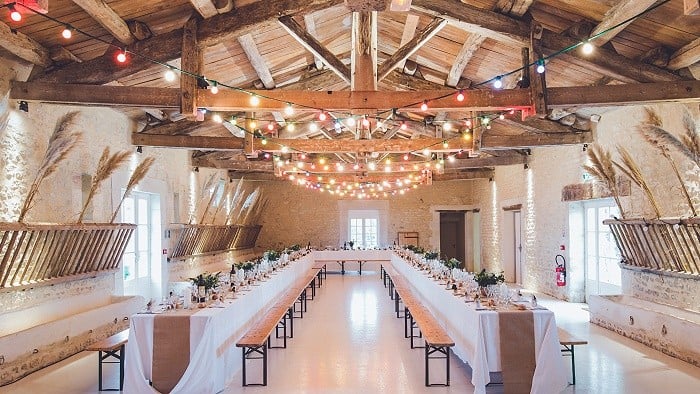 Who will Jesus invite to be with him in heaven?

The Parable of the Great Banquet

15 When one of those at the table with him heard this, he said to Jesus, “Blessed is the one who will eat at the feast in the kingdom of God.”

16 Jesus replied: “A certain man was preparing a great banquet and invited many guests. 17 At the time of the banquet he sent his servant to tell those who had been invited, ‘Come, for everything is now ready.’

18 “But they all alike began to make excuses. The first said, ‘I have just bought a field, and I must go and see it. Please excuse me.’

19 “Another said, ‘I have just bought five yoke of oxen, and I’m on my way to try them out. Please excuse me.’

21 “The servant came back and reported this to his master. Then the owner of the house became angry and ordered his servant, ‘Go out quickly into the streets and alleys of the town and bring in the poor, the crippled, the blind and the lame.’

22 “‘Sir,’ the servant said, ‘what you ordered has been done, but there is still room.’

23 “Then the master told his servant, ‘Go out to the roads and country lanes and compel them to come in, so that my house will be full. 24 I tell you, not one of those who were invited will get a taste of my banquet.’”

« God disciplines those he loves Jesus seeking out his lost sheep »